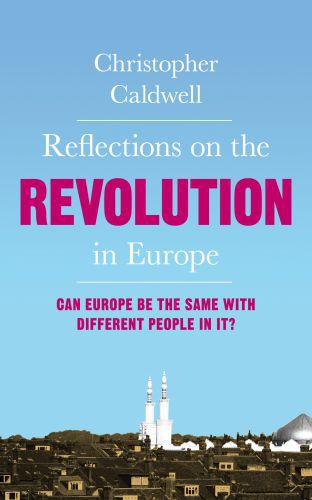 Reflections on the Revolution in Europe

Why has Europe's half-century of mass immigration failed to produce anything resembling the American melting pot? Deadly terrorist attacks and rioting in Muslim neighbourhoods have now forced Europeans, caught up in a demographic revolution they never expected, to question its success and to confront the limits of their long-held liberal values. By overestimating its need for immigrant labour and underestimating the culture-shaping potential of religion, has Europe trapped itself in a problem to which it has no obvious solution?Christopher Caldwell has been reporting on the politics and culture of Islam in Europe for over a decade. In his provocative and unflinching book Reflections on the Revolution in Europe, he reveals the anger of natives and newcomers alike. He describes asylum policies that have served illegal immigrants better than refugees. He exposes the strange interaction of welfare states and Third World traditions, the anti-Americanism that brings natives and newcomers together, and the arguments over women and sex that drive them apart. And he examines the dangerous tendency of politicians to defuse tensions surrounding Islam by curtailing the rights of all.Based on extensive reporting and offering trenchant analysis, Reflections on the Revolution in Europe is destined to become the classic work on how Muslim immigration permanently reshaped the West.