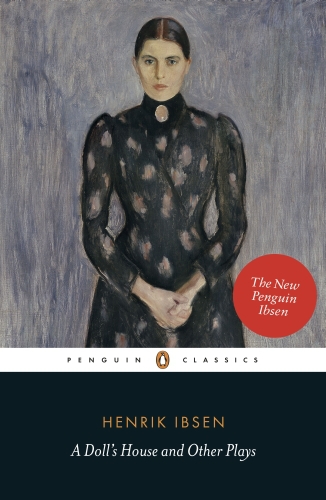 A Doll's House and Other Plays

Four of Ibsen's most important plays in superb modern translations, part of the new Penguin Ibsen series.With her assertion that she is 'first and foremost a human being', Nora Helmer sent shockwaves throughout Europe when she appeared in Ibsen's greatest and most famous play, A Doll's House. Depicting one woman's struggle to be treated as a rational human being, and not merely a wife, mother or fragile doll, the play changed the course of theatrical history and sparked debates worldwide about the roles of men and women in society. Ibsen's follow-up Ghosts was no less radical, with its unrelenting investigation into religious hypocrisy, family secrets and sexual double-dealing. These two masterpieces are accompanied here by The Pillars of Society and An Enemy of the People, both set in Norwegian coastal towns and exploring the tensions and dark compromises at the heart of society.The new Penguin series of Ibsen's major plays offer the best available editions in English, under the general editorship of Tore Rem. All the plays have been freshly translated by the best modern translators and are based on the recently published, definitive Norwegian edition of Ibsen's works. They include new introductions and editorial apparatus by leading scholars.