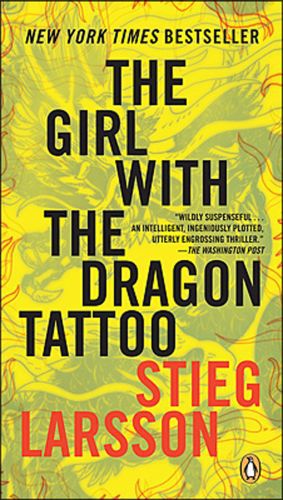 The Girl with the Dragon Tattoo

"The Girl with the Dragon Tattoo is a striking novel. Just when I was thinking there wasn't anything new on the horizon, along comes Stieg Larsson with this wonderfully unique story. I was completely absorbed." --Michael Connelly "I doubt you will read a better book this year." --Val McDermid Forty years ago, Harriet Vanger disappeared off the secluded island owned and inhabited by the powerful Vanger family. There was no corpse, no witnesses, no evidence. But her uncle, Henrik, is convinced that she was murdered by someone from her own deeply dysfunctional family. Disgraced journalist Mikael Blomkvist is hired to investigate, but he quickly finds himself in over his head. He hires a competent assistant: the gifted and conscience-free computer specialist Lisbeth Salander, and the two unravel a dark and appalling family history. But the Vangers are a secretive clan, and Blomkvist and Salander are about to find out just how far they are prepared to go to protect themselves.