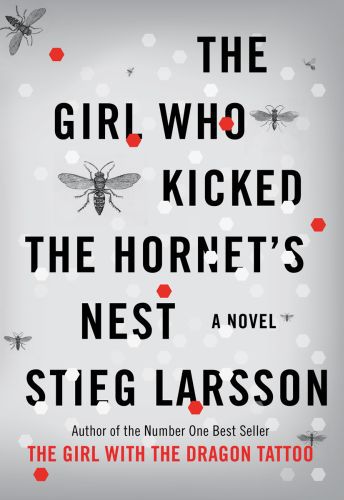 The Girl Who Kicked the Hornet's Nest

As The Girl Who Kicked the Hornet's Nest opens, Lisbeth Salander--the heart and soul of Larsson's two previous novels--is under close supervision in the intensive care unit of a provincial Swedish city hospital. And she's fighting for her life in more ways than one: when she's well enough, she'll be taken back to Stockholm to stand trial for a triple murder. With the help of her friend, journalist Mikael Blomkvist, she will have to prove her innocence, and identify and denounce the corrupt politicians who have allowed the vulnerable, like herself, to become victims of abuse and violence. And, on her own, she will plot her revenge--against the man who tried to kill her, and the government institutions that very nearly destroyed her life. Once upon a time, she was a victim. Now, Lisbeth Salander is ready to fight back.