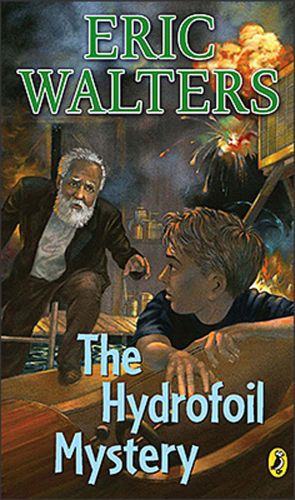 It is 1915, and Canada is embroiled in the First World War. The East Coast is under threat from German U-boats that are sinking ships and endangering coastal towns. It all seems very far away from the life of fifteen-year-old William McCracken -- a Halifax lad who has developed a taste for gambling and tough ways.
William thinks he has a summer of mischief ahead of him until he discovers that his mother has arranged for him to spend the season working with an inventor by the name of Alexander Graham Bell. In a Nova Scotia outport, Bell and his crew are at work on his latest invention -- a hydrofoil boat that will help the Allies defend the coast from the German danger. But there's a deadly menace hovering over the project and, suddenly, William finds his "boring" summer job transformed into an action-packed race to solve a terrifying mystery.