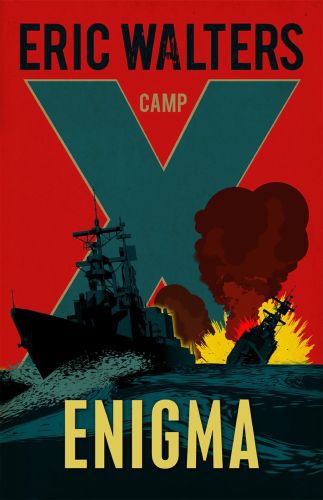 Having successfully foiled a Nazi plot to kidnap one of the British Royal Family, brothers Jack and George are on the move again--this time to England. The boys and their parents are travelling aboard a merchant ship that’s part of a convoy carrying supplies and troops to the battlefields of Europe at the request of the royal family, who wishes to thank them for rescuing Princess Louise. Crossing the Atlantic is challenging enough … but when the destroyers attached to their convoy torpedo a U-boat, events take another very surprising turn. The U-boat was transporting a secret: a secret that Jack and George’s mother is now entrusted with … and a secret that the Nazis will kill to protect. When the family comes ashore in England, they’re whisked off to Bletchley Park, the hub of the British spy network, so that they can help to decipher it.