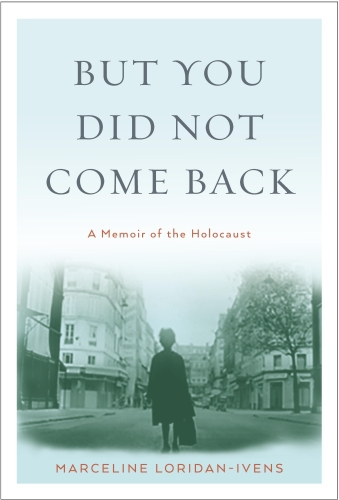 But You Did Not Come Back

A breathtakingly beautiful memoir by a survivor of Auschwitz-Birkenau and an astonishing addition to the library of literature on the Holocaust
Marceline Loridan-Ivens was just fifteen when she was arrested along with her father in the Vichy-ruled part of France. Her mother and siblings managed to escape arrest. On their arrival at the camps, the two were separated--her father sent to Auschwitz, she to the neighboring camp of Birkenau. The three kilometres that separated them were an insurmountable distance, and yet her father managed to send her a short note, addressed to "My darling little girl". In But You Did Not Come Back, Marceline writes a letter responding to the father she would never know as an adult, to the man whose death enveloped her whole life. As a documentary film-maker in the 1970s and '80s, working in China and Vietnam, Marceline ultimately found purpose in her life, but the loss of her father never diminished in its intensity. And now, as anti-Semitism resurfaces in many parts of the world, Loridan-Ivens's testimony is a haunting and challenging reminder of one of the worst crimes humanity has ever seen. It is a deeply affecting personal story of a woman whose life was shattered and gradually rebuilt, and an irrefutable example of how memory survives and shapes everything.
From the Hardcover edition.