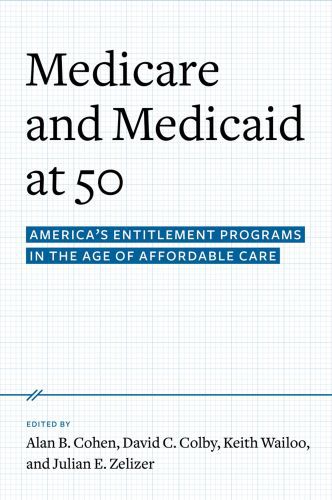 Medicare and Medicaid at 50: Americas Entitlement Programs in the Age

For fifty years, Medicare and Medicaid have stood at the center of a contentious debate surrounding American government, citizenship, and health care entitlement. In Medicare and Medicaid at 50, leading scholars in politics, government, economics, health policy, and history offer a comprehensive assessment of the evolution of these programs and their impact on society -- from their origins in the Great Society era to the current battles over the Affordable Care Act (Obamacare). These highly accessible essays examine Medicare and Medicaid from their origins as programs for the elderly and poor to their later role as a safety net for the middle class. Along the way, they have served as touchstones for heated debates about economics, social welfare, and the role of government. Medicare and Medicaid at 50 addresses key questions for understanding the past and future of health policy in America, including: DT What were the origins for these initiatives, and how were they transformed over time? DT What marks have Medicare and Medicaid left on society? DT In what ways have these programs produced innovation, even in eras of retrenchment? DT How did Medicaid, once regarded as a poor persons program, expand its benefits and coverage over the decades to become the platform for the ACAs future expansion? The volumes contributors go on to examine the powerful role of courts in these transformations, along with the shifting roles of Congress, public opinion, and state governors in the programs ongoing evolution. From Lyndon Johnson to Barack Obama on the left, and from Ronald Reagan to George W. Bush on the right, American political leaders have tied their political fortunes to the fate of Americas entitlement programs; Medicare and Medicaid at 50 helps explain why, and how those ongoing debates are likely to shape the future of the Affordable Care Act.