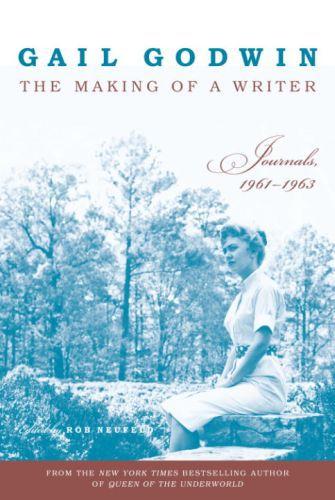 The Making of a Writer

Gail Godwin was twenty-four years old and working as a waitress in the North Carolina mountains when she wrote: "I want to be everybody who is great; I want to create everything that has ever been created." It is a declaration that only a wildly ambitious young writer would make in the privacy of her journal. In the heady days of her literary apprenticeship, Godwin kept a daily chronicle of her dreams and desires, her travels, love affairs, struggles, and breakthroughs. Now, at the urging of her friend Joyce Carol Oates, Godwin has distilled these early journals, which run from 1961 to 1963, to their brilliant and charming essence.
The Making of a Writer opens during the feverish period following the breakup of Godwin's first marriage and her stint as a reporter for The Miami Herald. Aware that she is entering one of the great turning points of her life as she prepares to move to Europe, Godwin writes of the "100 different hungers" that consume her on the eve of departure. A whirlwind trip to New York, the passengers and their stories on board the SS Oklahoma, the shock of her first encounters with Danish customs (and Danish men)-Godwin wonderfully conveys the excitement of a writer embracing a welter of new experience.
After a long, dark Scandinavian winter and a gloriously romantic interlude in the Canary Islands, Godwin moves to London and embarks on the passionate engagements that will inspire some of her finest stories. She records the pleasures of soaking in the human drama on long rambles through the London streets-and the torment of lonely Sundays spent wrestling these impressions into prose. She shares her passion for Henry James, Marcel Proust, Lawrence Durrell, Thomas Wolfe-and her terror of facing twenty-six with nothing to show but a rejected novel and a stack of debts. "I do not feel like a failure," Godwin insists as she sits down yet again to the empty page. "I will keep writing, harder than ever." Like Virginia Woolf's A Writer's Diary, Gail Godwin's journals brim with the urgency and wit of a brilliant literary mind meeting the world head on. An inspired and inspiring volume, The Making of a Writer opens a shining window into the life and craft of a great writer just coming into her own.
From the Hardcover edition.