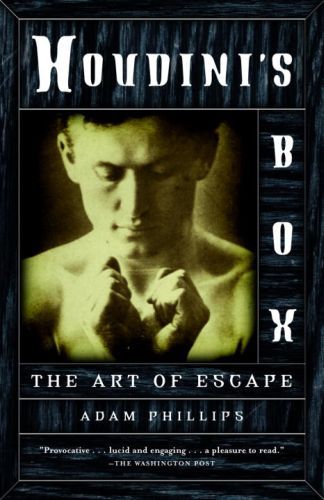 In this uniquely brilliant and insightful book, acclaimed essayist and psychoanalyst Adam Phillips meditates on the notion of escape in our society and in ourselves.
No one can escape the desire and need to escape. By analyzing four examples of escape artists--a young girl who hides from others by closing her eyes; a grown man incapable of a relationship; Emily Dickinson, recluse extraordinaire; and Harry Houdini, the quintessential master of escape--Phillips enables readers to identify the escape artists lurking within themselves. Lucid, erudite, and audacious, Houdini's Box is another scintillating and seminal work by one of the world's most dazzlingly original thinkers.
From the Trade Paperback edition.