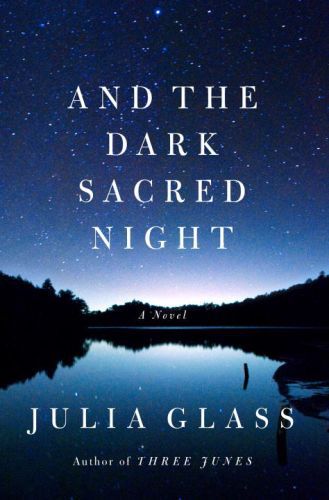 And the Dark Sacred Night

In this richly detailed novel about the quest for an unknown father, Julia Glass brings new characters together with familiar figures from her first two novels, immersing readers in a panorama that stretches from suburban New Jersey to rural Vermont and ultimately to the tip of Cape Cod.
Kit Noonan is an unemployed art historian with twins to help support and a mortgage to pay--and a wife frustrated by his inertia. Raised by a strong-willed, secretive single mother, Kit has never known the identity of his father--a mystery that his wife insists he must solve to move forward with his life. Out of desperation, Kit goes to the mountain retreat of his mother’s former husband, Jasper, a take-no-prisoners outdoorsman. There, in the midst of a fierce blizzard, Kit and Jasper confront memories of the bittersweet decade when their families were joined. Reluctantly breaking a long-ago promise, Jasper connects Kit with Lucinda and Zeke Burns, who know the answer he’s looking for. Readers of Glass’s first novel, Three Junes, will recognize Lucinda as the mother of Malachy, the music critic who died of AIDS. In fact, to fully understand the secrets surrounding his paternity, Kit will travel farther still, meeting Fenno McLeod, now in his late fifties, and Fenno’s longtime companion, the gregarious Walter Kinderman.
And the Dark Sacred Night is an exquisitely memorable tale about the youthful choices that steer our destinies, the necessity of forgiveness, and the risks we take when we face down the shadows from our past.
This eBook edition includes a Reading Group Guide.