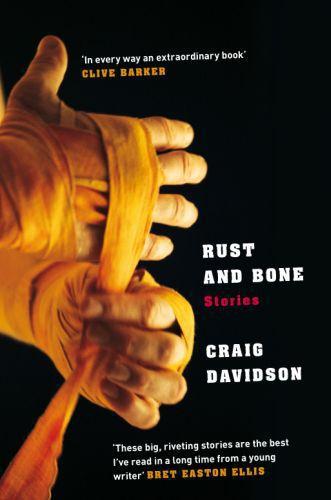 In steel-tipped prose, Craig Davidson conjures a savage world populated by prizefighters, gamblers, sex addicts, and a disappearing magician. Dogs fight to the death, and in desperate arenas men with broken hands slug it out in bouts that have less to do with sport than with survival. Yet the hostility of Davidson's fictional universe is tempered by the humanity he invests in his characters, by his subtle awareness of their motivation, and by his eye for telling detail. Endorsed by Bret Easton Ellis and by Chuck Palahniuk, Rust and Bone explores violence, masculinity and life on the most extreme of margins. Craig Davidson is a young author who already displays the sure-footedness of a seasoned pro, and the best of these tightly balled, arrestingly visceral explorations of machismos dark recesses uncoil with concussive power The Times 'Davidson writes with precision and power that's hard to ignore . . . an excellent collection' Independent on Sunday Now, heres a writer who knows how to unsettle. This collection reaches in to the darkest places and is not afraid Herald 'This salty collection more than whets the appetite for Davidson's novel due ext year' Guardian