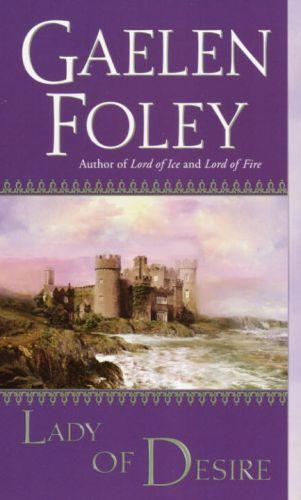 With the smashing success of Lord of Fire and Lord of Ice, Gaelen Foley has confirmed her place as one of historical romance’s hottest talents. Now with Lady of Desire, a sizzling tale in which a fiery young temptress tames the king of thieves, she delivers her most enthralling–and smoldering–novel yet...Impetuous Lady Jacinda Knight is the daughter of a scandalous woman. Though society predicts she’ll follow in her mother’s footsteps, the spirited beauty stands unashamed of her passionate nature. Then one night, in flight from a safe but loveless marriage arranged by her strict older brother, Jacinda finds herself alone on a dark and dangerous street facetoface with Billy Blade, the notorious leader of a band of thieves. His stolen kisses awaken in her a longing for a man she can never possess. A handsome scoundrel running from a secret past, Billy Blade has never met a woman like Jacinda–her fiery innocence and blossoming sensuality set his rebel’s heart ablaze. Having turned his back on the privilege and power of his tyrannical father’s house years before, he vows to return to his rightful place and reclaim his title, Earl of Rackford–to win the love of the ravishing beauty who has stolen his heart ...From the Paperback edition.