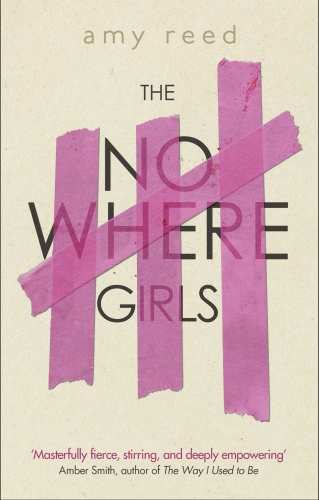 'Empowering, brutally honest, and realistically complex' Buzzfeed'A call-to-action to everyone out there who wants to fight back' Bustle
'With a powerful message about consent on the one hand and a diverse range of female protagonists and attitudes towards sexuality on the other, this is an engrossing and inspiring read . . . One of my absolute favourites of 2017' Irish TimesWho are the Nowhere Girls? They're every girl. But they start with just three: Grace, the preacher's daughter who unwittingly moved into the old house of a victim whose pain adorns the walls.Bold Rosina, whose heart has become hardened by all of the straight girls who broke it.And misunderstood Erin, the girl who finds more solace in science and order than she does in people.They are brought together by the idea of changing the narrative of a girl they had never met, Lucy Moynihan, the victim of a sexual assault who was victimised further by people who found it easier to believe she had cried wolf than to confront what had really happened to her. A girl who, through the course of one evening, went from an excited teenager who felt wanted by a boy for the first time, to someone else entirely, with 'a voice in the darkness, giving her a new name: Slut'.Together, they form the Nowhere Girls, and decide to avenge the rape of a girl none of them knew.'At once harrowing and heart-lifting, it's both an indictment of entrenched victim-blaming and a demonstration of what can happen when girls lay aside their differences to demand better treatment' the Guardian