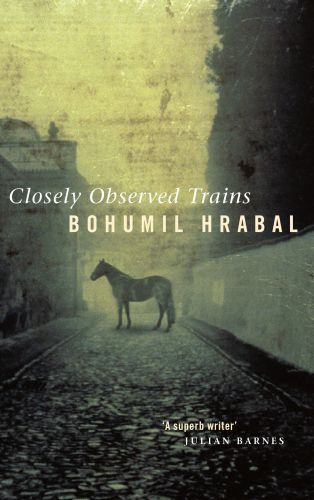 For gauche young apprentice Milos Hrma, life at the small but strategic railway station in Bohemia in 1945 is full of complex preoccupations. There is the exacting business of dispatching German troop trains to and from the toppling Eastern front; the problem of ridding himself of his burdensome innocence; and the awesome scandal of Dispatcher Hubicka's gross misuse of the station's official stamps upon the telegraphist's anatomy. Beside these, Milos's part in the plan for the ammunition train seems a simple affair.CLOSELY OBSERVED TRAINS, which became the award-winning Jiri Menzel film of the 'Prague Spring', is a classic of postwar literature, a small masterpiece of humour, humanity and heroism which fully justifies Hrabal's reputation as one of the best Czech writers of today.