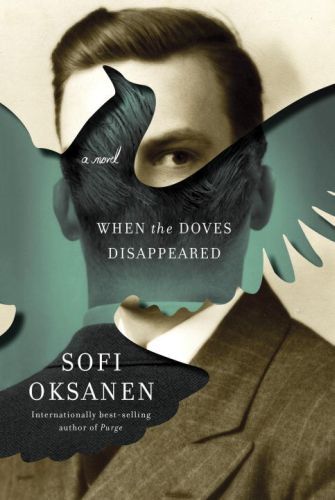 When the Doves Disappeared

From the acclaimed author of Purge (“a stirring and humane work of art” --The New Republic) comes a riveting, chillingly relevant new novel of occupation, resistance, and collaboration in Eastern Europe.
1941: In Communist-ruled, war-ravaged Estonia, two men are fleeing from the Red Army--Roland, a fiercely principled freedom fighter, and his slippery cousin Edgar. When the Germans arrive, Roland goes into hiding; Edgar abandons his unhappy wife, Juudit, and takes on a new identity as a loyal supporter of the Nazi regime . . . 1963: Estonia is again under Communist control, independence even further out of reach behind the Iron Curtain. Edgar is now a Soviet apparatchik, desperate to hide the secrets of his past life and stay close to those in power. But his fate remains entangled with Roland’s, and with Juudit, who may hold the key to uncovering the truth . . .
Great acts of deception and heroism collide in this masterful story of surveillance, passion, and betrayal, as Sofi Oksanen brings to life the frailty--and the resilience--of humanity under the shadow of tyranny.
This eBook edition includes a Reading Group Guide.