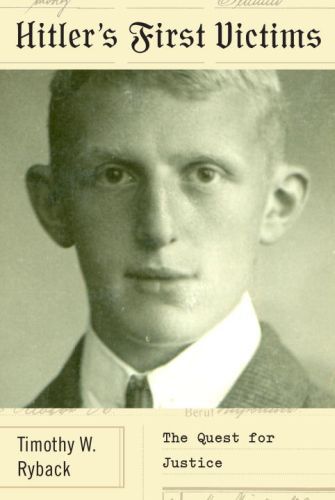 From the author of the widely praised Hitler's Private Library: the remarkable story of Josef Hartinger, the German prosecutor who risked everything to bring to justice the first Nazi killers of the Holocaust.
The prosecution at the Nuremberg trials was charged with proving that the monstrous acts of the SS were not, as the defendants argued, a case of foot soldiers performing "normal duty." A key argument focused on the first killings by SS guards in the Dachau concentration camp in 1933. Now, Timothy Ryback's gripping and poignant historical narrative focuses on those events and on the investigation that followed, which exposed not only the earliest evidence of the machinery of the Holocaust, but also the remarkable courage of Josef Hartinger, a local Munich prosecutor, who openly challenged these first homicidal impulses of the Third Reich. Ryback describes Hartinger's willingness to risk everything in an unflinching pursuit of justice. And he makes clear that while Hartinger's fight couldn't stop the Nazi atrocity, his story suggests how vastly different history might have been had others acted with equal determination and personal courage.