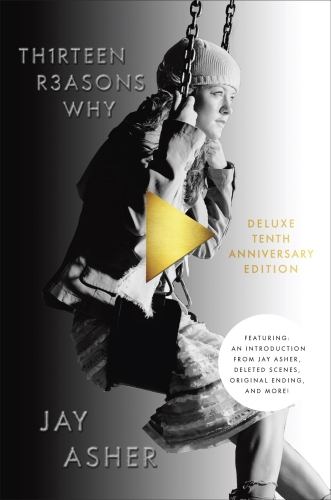 The #1 New York Times bestseller and modern classic that's been changing lives for a decade gets a gorgeous revamped cover and never-before-seen additional content, including: · An introduction from its award-winning author, Jay Asher; · The until-now-secret alternate ending for Hannah and Clay that almost was; · Early notes and ideas of how the story came to be; · Deleted scenes; · And more! You can't stop the future. You can't rewind the past. The only way to learn the secret . . . is to press play. Clay Jensen returns home from school to find a strange package with his name on it lying on his porch. Inside he discovers several cassette tapes recorded by Hannah Baker--his classmate and crush--who committed suicide two weeks earlier. Hannah's voice tells him that there are thirteen reasons why she decided to end her life. Clay is one of them. If he listens, he'll find out why. Clay spends the night crisscrossing his town with Hannah as his guide. He becomes a firsthand witness to Hannah's pain, and as he follows Hannah's recorded words throughout his town, what he discovers changes his life forever.