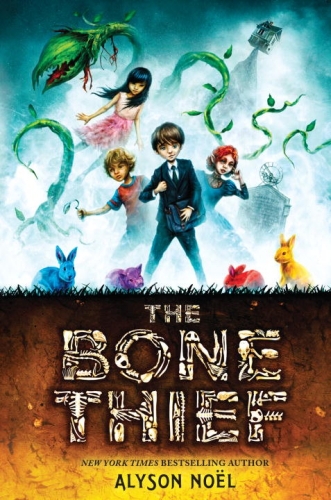 Fans of Tim Burton and Wes Anderson will love this new fantasy novel by #1 New York Times bestselling author Alyson Noël in which a ragtag team of eleven-year olds with otherworldly abilities set out to solve the mystery behind the sudden onset of ordinary events plaguing their very unusual town.
Compared to other more ordinary towns, Quiver Hollows is a very strange, very curious place. It is also home to longtime friends Grimsly, Ollie, Ming, and Penelope. In a town where everyone is spectacularly abnormal, Grimsly feels bad about being terribly, unforgivably normal, as the town's pet funeral director. So when a series of strange and disturbing mundane occurrences begins plaguing Quiver Hollows, well, Grimsly fears his growing celebrity just might be to blame since everyone knows that the things you focus on the most have an uncanny way of shaping your world.
The group of friends also learn that the bones in the pet cemetery are thought to be the source of the strange magic that binds the town of Quiver Hollows. With the bones now gone, the town's magic is quickly dissipating. Will it ultimately become as common and ordinary as everywhere else?