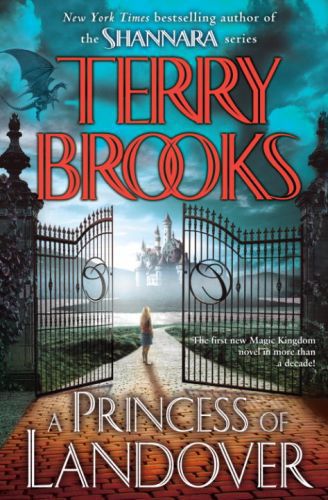 A Princess Of Landover

Princess Mistaya Holiday hasn't been fitting in too well at Carrington Women's Preparatory. People don't seem to appreciate her using her magic to settle matters in the human world. So when she summons a dragon to teach a lesson to the snotty school bully, she finds herself suspended.But Mistaya couldn't care less - she wants nothing more than to continue her studies under Questor the court magician and Abernathy the court scribe. However, her father Ben Holiday, the King of Landover, has rather different plans in mind for her. He thinks he'll teach her about perseverance and compromise by sending her to renovate Libiris, the long-abandoned royal library. How horribly dull.But before long, Mistaya will long for the boredom of cataloguing an unfeasible number of derelict books - for deep within the library there lies a secret so dangerous that it threatens the future of Landover itself . . .