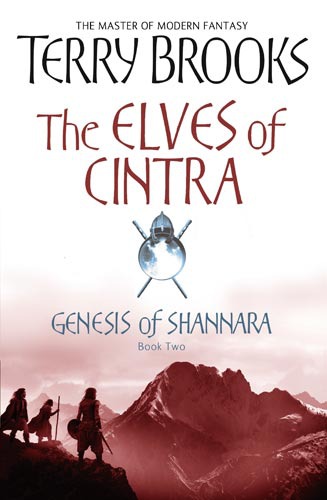 The Elves Of Cintra

***50 MILLION TERRY BROOKS COPIES SOLD AROUND THE WORLD***THE SHANNARA CHRONICLES IS NOW A MAJOR TV SERIES'Terry's place is at the head of the fantasy world' Philip PullmanFifty years from now, our world looks very different. Governments have fallen. Thousands live in fortified strongholds; others roam the landscape as either predator or prey. Standing against the forces that have tipped the balance from good to evil are a very few heroes, men and women imbued with powerful magic and sworn to a high destiny. Logan Tom is one of those heroes. He's on a desperate quest to deliver the street kids he rescued in Seattle to safety. So, too, is Angel Perez, who is leading a second group in the Oregon wilderness where she encounters the long-hidden Elves of Cintra. And Hawk - just learning his magic - has an encounter with the mystical King of the Silver River, who promises safety for both humans and elves - if only they can reach him. . .
Praise for Terry Brooks:'A master of the craft . . . required reading' Brent Weeks'I can't even begin to count how many of Terry Brooks's books I've read (and re-read) over the years' Patrick Rothfuss, author of The Name of the Wind'I would not be writing epic fantasy today if not for Shannara' Peter V. Brett, author of The Painted Man'If you haven't read Terry Brooks, you haven't read fantasy' Christopher Paolini, author of Eragon
The Genesis of Shannara trilogy:ARMAGEDDON'S CHILDREN
THE ELVES OF CINTRA
THE GYPSY MORPH