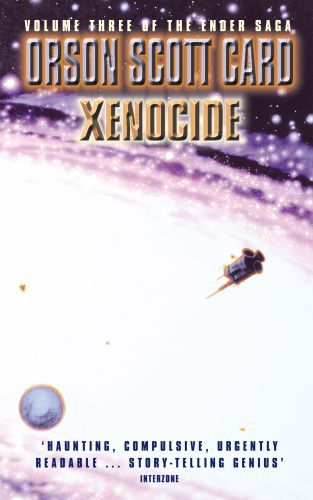 Ender and Valentine Wiggin: brother and sister whose lives have shaped history. Valentine is 'Demosthenes', whose subversive, incendiary writings fight the monstrous power of Starways Congress, masters of the Hundred Worlds. And Ender...As a child, Ender commanded a warfleet that wiped out a planet. The triumph of his life could be his fight to stop it happening again. It might be his tragedy that he cannot. Congress has sent a warfleet to Lusitania, home to Ender, his family, two alien species and the deadliest virus ever known. The warfleet carries an order to destroy. To commit xenocide.