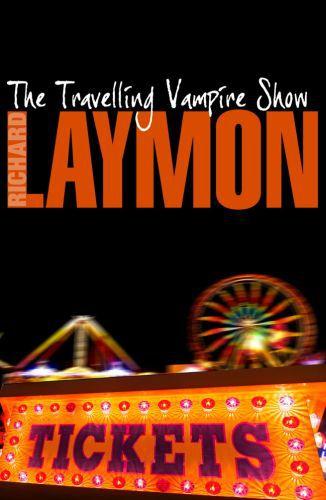 One eventful night will change the lives of three friends forever... The Travelling Vampire Show is one of Richard Laymon's best-loved masterpieces - an evocative, nostalgic trip back to a time when innocence comes face to face with life's darker forces. Perfect for fans of Stephen King and Dean Koontz. 'This gloriously inventive piece is probably Laymon's best book yet... The prose here is rich and inventive, the atmosphere and scene-setting handled with real aplomb' - News International It's a hot August morning in 1963. All over the rural town of Grandville, tacked to power poles and trees, taped to store windows, flyers have appeared announcing the one-night-only performance of The Travelling Vampire Show. The promised highlight of the show is the gorgeous Valeria, the only living vampire in captivity. For three local teenagers, two boys and a girl, this is a show they can't miss. Even though the flyers say no one under eighteen will be admitted, they're determined to find a way. What follows is a story of friendship and courage, temptation and terror, when three friends go where they shouldn't go, and find much more than they ever expected. What readers are saying about The Travelling Vampire Show: 'The final scenes are filled with excitement and were enough to keep me awake until I'd finished the story - I don't think I could have put it down until I'd found out what happened and what was going on!''Just when you think that you have the storyline figured out, it twists and hurtles into a surprise ending''Expertly written, great dialogue, keeps you engrossed to the end'