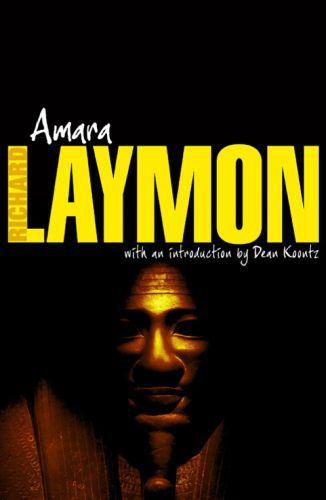 Released from her coffin, she's free to prowl the streets once again... Amara is a spine-chilling story from the master of the macabre, Richard Laymon, where Ancient Egypt comes face to face with the modern world. Perfect for fans of Stephen King and Dean Koontz.'In Laymon's books blood doesn't so much drip as explode, splatter and coagulate' - IndependentAmara, Princess of Egypt, lies in her coffin in the Charles Wood museum. She's been dead for 4000 years. Or has she? Barney, the night watchman, is the first to discover the mummy's coffin has been broken open. It seems grave-robbers are at work, so it's a pity that Barney can't tell the authorities - the dead can't testify to anything. Now Amara is free again and nothing can kill her... What readers are saying about Amara: 'The book is filled with fascinating characters and the plot is fast, sleek and twisted''Wow, what a read! I finished this book in three days! It has all the classic Laymon elements that make him in my opinion the best horror writer in the world''Amara is exciting and scary. It has a rich tapestry of storylines and characters woven together into a satisfying whole. I couldn't put it down'