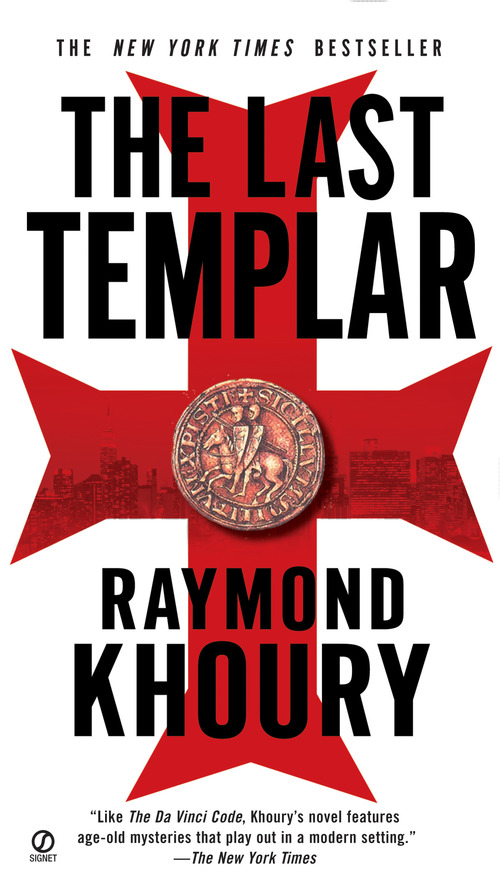 "The Last Templar" miniseries is now available on DVD! For more information, click here.
"It has served us well, this myth of Christ."
Pope Leo X, 16th Century
In a hail of fire and flashing sword, as the burning city of Acre falls from the hands of the West in 1291, The
Last Templar opens with a young Templar knight, his mentor, and a handful of others escaping to the sea carrying a
mysterious chest entrusted to them by the Order's dying Grand Master. The ship vanishes without a trace.
In present day Manhattan, four masked horsemen dressed as Templar Knights emerge from Central Park and
ride up the Fifth Avenue steps of the Metropolitan Museum of Art during the blacktie opening of a Treasures of the
Vatican exhibit. Storming through the crowds, the horsemen brutally attack anyone standing between them and
their prize. Attending the gala, archaeologist Tess Chaykin watches in silent terror as the leader of the horsemen
hones in on one piece in particular, a strange geared device. He utters a few cryptic Latin words as he takes hold of
it with reverence before leading the horsemen out and disappearing into the night.
In the aftermath, an FBI investigation is led by anti-terrorist specialist Sean Reilly. Soon, he and Tess are drawn
into the dark, hidden history of the crusading Knights, plunging them into a deadly game of cat and mouse with
ruthless killers as they race across three continents to recover the lost secret of the Templars.