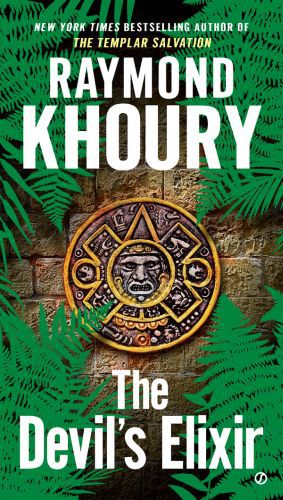 Sean Reilly and Tess Chaykin, the heroes of Raymond Khoury's New York Times bestselling Templar novels, return in an edge-of-your-seat thriller that reaches from the present day back to 1700s Mexico--and beyond…
What if there was a drug, previously lost to history in the jungles of Central America, capable of inducing an experience so momentous--and so shocking--that it might shake the very foundations of Western civilization?
What if powerful forces on both sides of the law launched a ruthless, no-holds-barred pursuit to get their hands on it?
What if FBI agent Sean Reilly and archaeologist Tess Chaykin were the only ones who could stop the unthinkable from happening?
And what if they’re already too late? ;