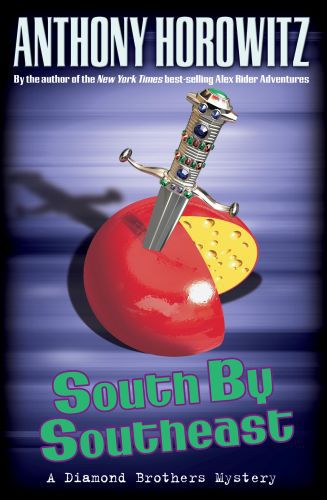 It looks like Tim, the world's worst private detective, and Nick, his brainy kid brother, are in trouble again. They're dead broke. But money is the least of their worries when a mysterious man bursts into their office and offers Tim a wad of cash for his coat. Minutes later, the stranger is dead and Nick and Tim are left to puzzle over his final words. What could he have meant by "suff bee suff-iss"? Or was it "south by southeast"? Neither one seems to make much sense, but the Diamond brothers will have to figure it out, and fast! Whoever killed the stranger is now after Nick and Tim!