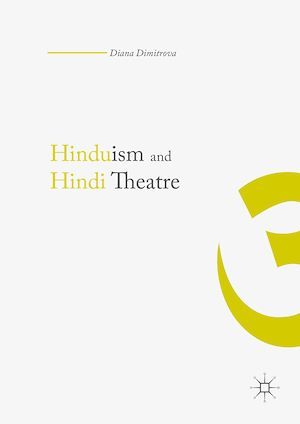 This book explores the representation of Hinduism through myth and discourse in urban Hindi theatre in the period 1880-1960. It discusses representative works of seven influential playwrights and looks into the ways they have imagined and re-imagined  Hindu traditions. Diana Dimitrova examines the intersections of Hinduism and Hindi theatre, emphasizing the important role that both myth and discourse play in the representation of Hindu traditions in the works of Bharatendu Harishcandra, Jayshankar Prasad, Lakshminarayan Mishra, Jagdishcandra Mathur, Bhuvaneshvar, Upendranath Ashk, and Mohan Rakesh. Dimitrova'a analysis suggests either a traditionalist or a more modernist stance toward religious issues. She emphasizes the absence of Hindi-speaking authors who deal with issues implicit to the Muslim or Sikh or Jain, etc. traditions. This prompts her to suggest that Hindi theatre of the period 1880-1960, as represented in the works of the seven dramatists discussed, should be seen as truly `Hindu-Hindi' theatre.