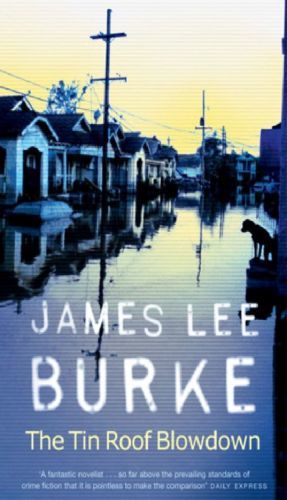 'Hurricane Katrina ripped the soul out of Burke's beloved New Orleans and inspired him to write what has to be his most gripping thriller to date.' MirrorNew Orleans is awash with corpses after Hurricane Katrina unleashes its awesome power. In a city patrolled only by looters, all law and order gone, the survivors wait in trees or on rooftops for help that never comes. In a landscape transformed into a violent wasteland, Dave Robicheaux must investigate the shooting of two looters and find out why some very dangerous people are hunting a third. Is it because they unwittingly ransacked the house of a notorious mob boss? Or did a chance encounter with the father of a raped girl seal their fate? As Robicheaux starts to uncover a ruthless tale of greed, torture and murder, his own family comes under threat from a sinister psychopath, and the devastated city provides the perfect stage for a final confrontation between good and evil.'A beautifully written howl of rage and pain over the disaster - social, political, human - that was Hurricane Katrina.' Time OutFans of Dennis Lehane, Michael Connelly and Don Winslow will love James Lee Burke:
Dave Robicheaux Series
1. The Neon Rain
2. Heaven's Prisoners
3. Black Cherry Blues
4. A Morning for Flamingos
5. A Stained White Radiance
6. In the Electric Mist with Confederate Dead
7. Dixie City Jam
8. Burning Angel
9. Cadillac Jukebox
10. Sunset Limited
11. Purple Cane Road
12. Jolie Blon's Bounce
13. Last Car to Elysian Fields
14. Crusader's Cross
15. Pegasus Descending
16. The Tin Roof Blowdown
17. Swan Peak
18. The Glass Rainbow
19. Creole Belle
20. Light of the World
21. Robicheaux
Hackberry Holland Series
1. Lay Down My Sword and Shield
2. Rain Gods
3. Feast Day of Fools
4. House of the Rising Sun
Billy Bob Holland Series
1. Cimarron Rose
2. Heartwood
3. Bitterroot
4. In The Moon of Red Ponies
* Each James Lee Burke novel can be read as a standalone or in series order *