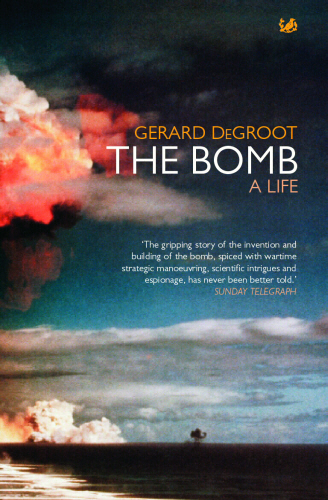 Before the Bomb, there were simply 'bombs', lower case. But it was the twentieth century, one hundred years of almost incredible scientific progress, that saw the birth of the Bomb, the human race's most powerful and most destructive discovery.

In this magisterial and enthralling account, Gerard DeGroot gives us the life story of the Bomb, from its birth in the turn-of-the-century physics labs of Europe to a childhood in the New Mexico desert of the 1940s, from adolescence and early adulthood in Nagasaki and Bikini, Australia and Siberia to unsettling maturity in test sites and missile silos all over the globe. By turns horrific, awe-inspiring and blackly comic, The Bomb is never less than compelling.