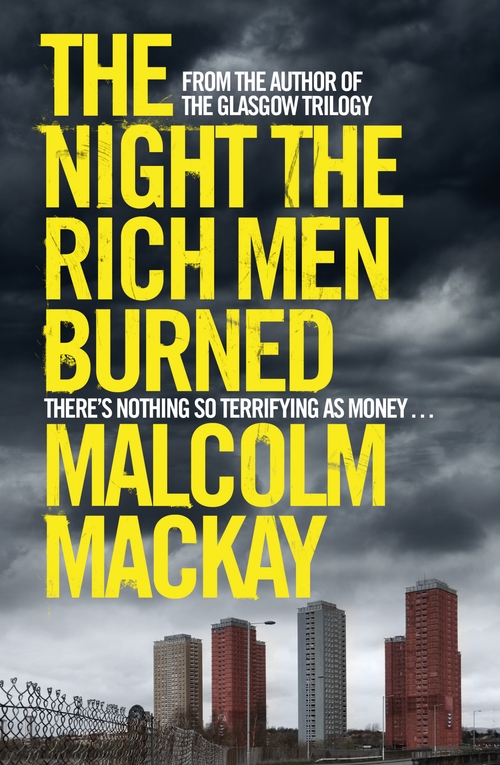 The Night the Rich Men Burned

The incredible standalone novel from the award-winning author of The Glasgow TrilogyLonglisted for the CWA Steel Dagger for Best Thriller 2015There's nothing so terrifying as money. . .Two friends, Alex Glass and Oliver Peterkinney, look for work and for escape from their lives spent growing up on Glasgow's most desperate fringes. Soon they will become involved in one of the city's darkest and most dangerous trades. But while one rises quickly up the ranks, the other will fall prey to the industry's addictive lifestyle and ever-spiralling debts.Meanwhile, the three most powerful rivals in the business - Marty Jones, ruthless pimp; Potty Cruickshank, member of the old guard; and Billy Patterson, brutal newcomer - vie for prominence. And now Peterkinney, young and darkly ambitious, is beginning to make himself known . . .Before long, violence will spill out onto the streets, as those at the top make deadly attempts to out-manoeuvre one another for a bigger share of the spoils. Peterkinney and Glass will find themselves at the very centre of this war; and as the pressure builds, each will find their actions - and inactions - coming back to haunt them. But it is those they love who will suffer most . . .From the award-winning author of the Glasgow Trilogy, The Night the Rich Men Burned is a novel for our times, and Malcolm Mackay's most ambitious work to date.