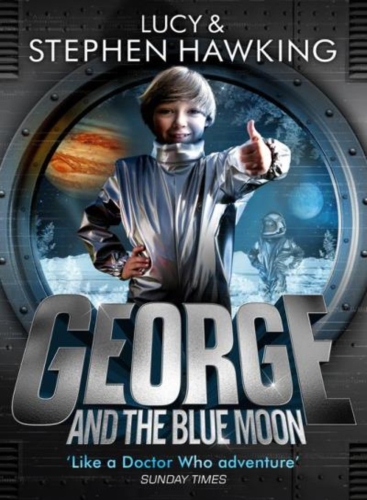 George and the Blue Moon

George and his best friend, Annie have been selected as junior astronauts - part of a programme that trains up young people for a trip to Mars in the future. This is everything they've ever wanted - they get to be a part of up-to-the minute space discoveries and meet a bunch of new friends who are as fascinated by the universe as they are.But when they arrive at space camp, George and Annie quickly learn that strange things are happening - on Earth as well as up in our skies. Mysterious space missions are happening in secret, and the astronaut training they're undertaking gets scarier and scarier . . .The fifth adventure in this series by Lucy and Stephen Hawking - also containing up-to-the-minute scientific facts and information by the world's leading scientists.