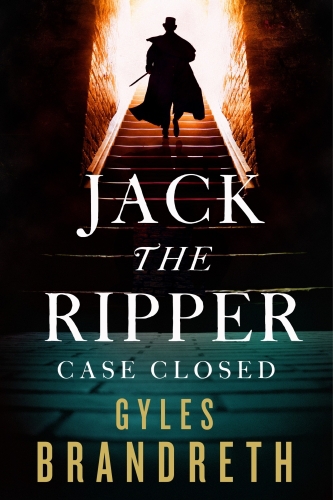 London. 1894. 'I am not a detective, chief constable.' 'No, but you are a poet, a freemason and a man of the world. All useful qualifications for the business in hand.' So says Police Chief Macnaghten to Oscar Wilde, in a Chelsea drawing room in the company of Arthur Conan Doyle. The business they are gathered to discuss is none other than the case of Jack the Ripper, the most notorious murderer in England. And thus the three men set out to solve one of the world's most famous mysteries - the ultimate truth about the identity of Jack the Ripper. Case Closed is Arthur Conan Doyle's account of the events of 1894, the year of the return of Jack the Ripper. Based on Oscar Wilde's real-life friendship with Conan Doyle and the extraordinary but little-known fact that in 1894 the detective in charge of the Jack the Ripper investigations was Oscar Wilde's neighbour in Tite Street, Chelsea, this is a revelatory and gripping detective story, combining the intrigue of a classic murder mystery with a witty and compelling portrait of one of the greatest characters of the Victorian age.