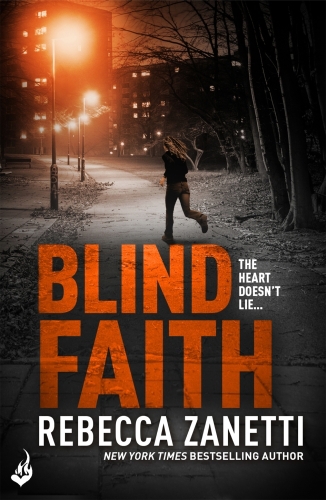 Blind Faith is the third book in New York Times bestselling author Rebecca Zanetti's thrilling romantic suspense series, Sin Brothers, that will be loved by fans of Karen Rose, Kylie Brant, Elaine Levine, Maya Banks's KGI series and Lisa Jackson.A betrayal he couldn't forget... A love she couldn't deny... For Nate Dean, love is a four-letter word. As part of a secret black-ops military unit, he and his brothers were genetically engineered by the government to be ruthless soldiers with an expiration date. They were loyal only to one another...until Nate laid eyes on the woman who stole his heart and blew his world apart. Now, years later, his family is still paying the price for his mistake. But as time runs out, there's only one person who can save his family: the very woman Nate swore he'd never trust again.The moment Audrey Madison spies Nate across a crowded ballroom, she can barely breathe. He's just as undeniably sexy as she remembers, yet there's an edge to him now that's as irresistible as it is dangerous. When he asks for her help, Audrey can't refuse. But she has secrets of her own - secrets that, if Nate ever discovers them, may cost them both their lives...For more addictive romantic suspense look out for the rest of the titles in the Sin Brothers series and the spin-off series, Blood Brothers: Deadly Silence, Lethal Lies and Twisted Truths. And for breathtaking passion played out against a dangerous race for survival, look for the titles in The Scorpius Syndrome series: Mercury Striking, Shadow Falling and Justice Ascending.