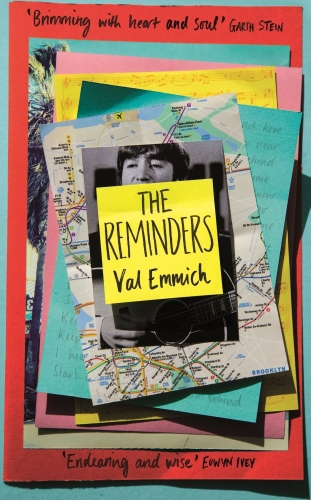 Overcome with the loss of his boyfriend Sydney, Gavin Winters has set fire to every reminder in their home. A neighbour has captured the blaze on video, turning this little-known TV actor into a household name. Gavin flees LA for New Jersey, where he hopes that ten-year-old Joan, the daughter of a close friend, can reconnect him with the memories of Sydney he is now in danger of losing for ever. Joan was born with a rare ability to recall every single day of her life in perfect detail, and in return for sharing her memories of Sydney, Gavin will help her write a song for a local competition. For Joan has had enough of being the girl who can't forget - she wants to be the girl who will never be forgotten . . .Charming, beautifully observed, poignant and funny, The Reminders by actor and musician Val Emmich is an irresistible story of the unlikely friendship between a grief-stricken man who can't remember and a ten-year-old girl who can't forget.