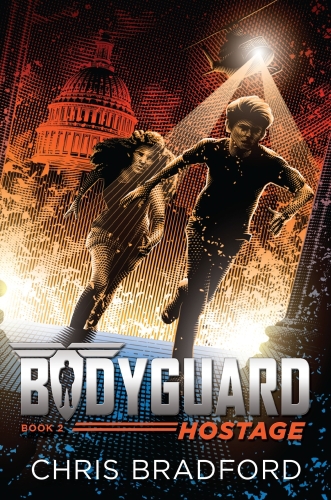 A new action-packed adventure series for young fans of Alex Rider and Jason Bourne--with the first four books publishing simultaneously. Binge read for summer!
Following the nail-biting cliff-hanger of Bodyguard 1: Recruit, the action resumes in Hostage as martial arts expert and trained bodyguard Connor Reeves battles to protect the US president’s daughter, Alicia, from mortal danger . . . even if it means putting his own life at risk.
Connor is her last line of defense--an invisible shield kept secret from everyone, including the First Daughter herself. Yet danger lurks around every corner, and the terrorist plot to kidnap Alicia is already under way, the net tightening as the enemy prepares to strike.
Combining pulse-pounding action, diabolical enemies, and an insider's knowledge of the tricks of the trade, the BODYGUARD series is the perfect target for fans of Alex Rider, James Bond, 24, and Jason Bourne.
“Breathtaking action . . . as real as it gets.”--Eoin Colfer, author of the bestselling Artemis Fowl series