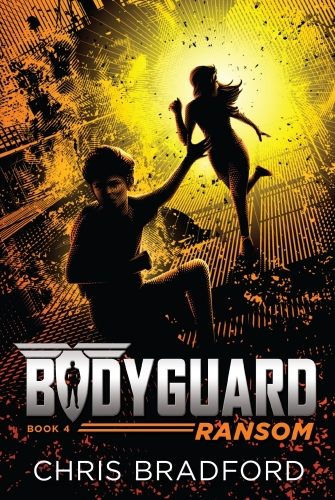 A new action-packed adventure series for young fans of Alex Rider and Jason Bourne--with the first four books publishing simultaneously. Binge read for summer!
Picking up where the electrifying third Bodyguard installment, Hijack, left off, young bodyguard Connor Reeves and the the twin daughters of an Australian media-mogul he is tasked to protect are under attack--and the odds are far from even. In the middle of the ocean somewhere off the coast of Somalia, a group of merciless pirates, wielding enormous firepower, hijack the twins' yacht and incapacitate the ship's adult crewmembers.
Yet the pirates are out for money rather than blood, and seeing a golden opportunity, they demand a multi-million-dollar ransom in exchange for returning the twins to safety. But there's a flaw in their plan. They didn't count on Connor being aboard.
Combining pulse-pounding action, diabolical enemies, and an insider's knowledge of the tricks of the trade, the BODYGUARD series is the perfect target for fans of Alex Rider, James Bond, 24, and Jason Bourne.
“Breathtaking action . . . as real as it gets.”--Eoin Colfer, author of the bestselling Artemis Fowl series