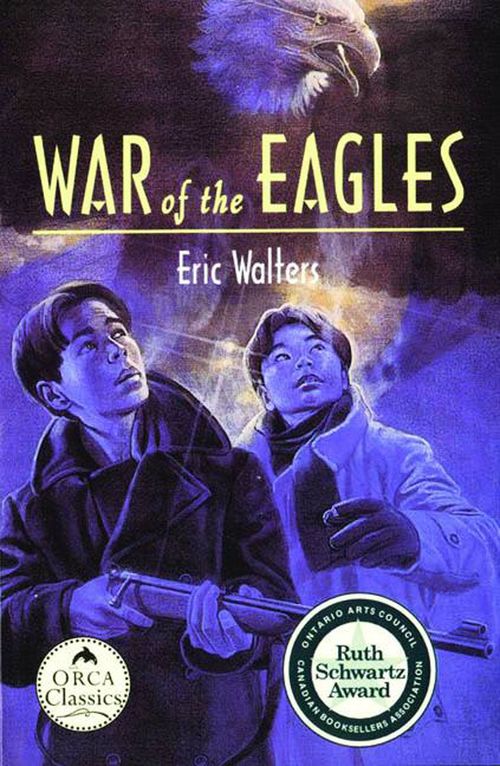 War of the Eagles

During WWII, Jed's English father serves as a fighter pilot overseas, while Jed and his mother move back to her Tsimshian community on Canada's west coast. When the military sets up a naval base in town, Jed is hired to help out, honored it seems, for both his father's bravery and his own native skills as a hunter. Presented with a military jacket, Jed finds an allegiance to his country and a pride in his mixed heritage that he's never felt before.
But one day Jed's world is shattered. His best friend Tadashi, along with the other members of the nearby Japanese village, are declared enemy aliens and told to prepare to leave their homes. Now Jed must ask himself where his allegiance really belongs...to his country's rigid code, or to the truth that is buried in his Tsimshian soul.
War of the Eagles is the first of two books in a series.
Book two is Caged Eagles.