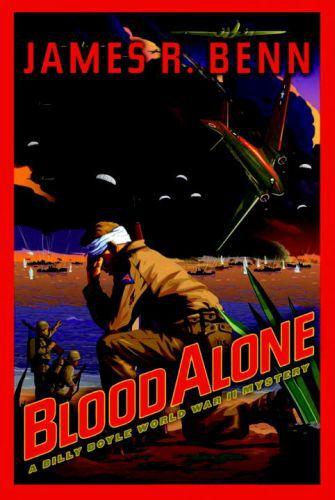 Praise for the Billy Boyle series:
The brash kid from Southie is still open, direct and fearless in his manner (and in his wonderfully loose-jointed use of the English language) and in no danger of losing his cover as a happy-go-lucky Yank. But even amid the excitement of the spirited wartime storytelling, Benn allows Boyles experiences to change him in ways both subtle and dramatic.--Marilyn Stasio, The New York Times Book Review Thoroughly enjoyable.--The Seattle Times This series brings WWII alive.--Deadly Pleasures Great fun. Benn knows his war history.--The Globe and Mail Kudos to author Benn . . . and heres hoping that Billy will continue to make his way through his Uncle Ikes world for many titles to come.--Bookslut.com Billy Boyle awakens in a field hospital in Sicily with amnesia. In his pocket is a yellow silk handkerchief embroidered with the initial L. Gradually he remembers: he has been sent ashore in advance of the troops with this token from Lucky Luciano to contact the head of the Sicilian Mafia. But he must also thwart a murderous band of counterfeiters of Army scrip led by Vito Genovese.
James R. Benn is the author of Billy Boyle: A World War II Mystery, selected by Book Sense as one of the top five mysteries of 2006 and nominated for a Dilys Award.