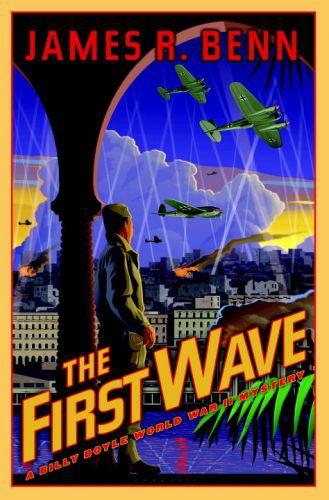 Praise for the Billy Boyle series:
A meaty, old-fashioned and thoroughly enjoyable tale of WWII-era murder and espionage.--The Seattle Times The World War II atmosphere and history are expertly handled.--Denver Post Great fun. Benn knows his war history. . . . The novel introduces a batch of intriguing characters who seem destined to make another appearance.--The Globe and Mail (Toronto) A memorable debut.--BookPage A must for history buffs and mystery fans.--Connecticut Post If you enjoy World War II mysteries . . . youll love this book. . . . One of the best books Ive read this year.--Mystery Scene Benn crafts a crackling good adventure, with much flavorsome period color.--Kirkus Reviews Ill look for another book about Billy Boyle, with pleasure.--Deadly Pleasures Lieutenant Billy Boyle reluctantly accompanies Major Samuel Harding, his boss, in the first boat to land on the shores of Algeria during the Allied invasion. Their task is to arrange the surrender of the Vichy French forces. But there is dissension between the regular army, the local militia, and De Gaulles Free French. American black marketeers in league with the enemy divert medical supplies to the Casbah, leading to multiple murders that Billy must solve while trying to rescue the girl he loves, a captured British spy.
From the Hardcover edition.