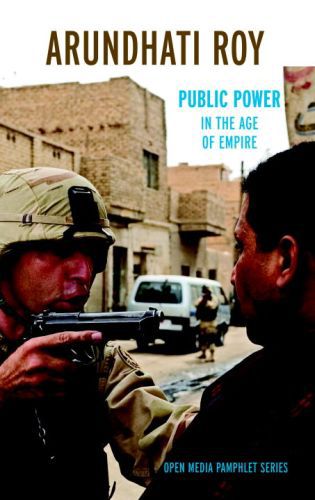 Public Power in the Age of Empire

In her major address to the 99th annual meeting of the American Sociological Association on August 16, 2004, "Public Power in the Age of Empire," broadcast nationally on CSpan Book TV and on Democracy Now! and Alternative Radio, writer Arundhati Roy brilliantly examines the limits to democracy in the world today. Bringing the same care to her prose that she brought to her Booker Prizewinning novel The God of Small Things, Roy discusses the need for social movements to contest the occupation of Iraq and the reduction of "democracy" to elections with no meaningful alternatives allowed. She explores the dangers of the "NGOization of resistance," shows how governments that block nonviolent dissent in fact encourage terrorism, and examines the role of the corporate media in marginalizing oppositional voices.