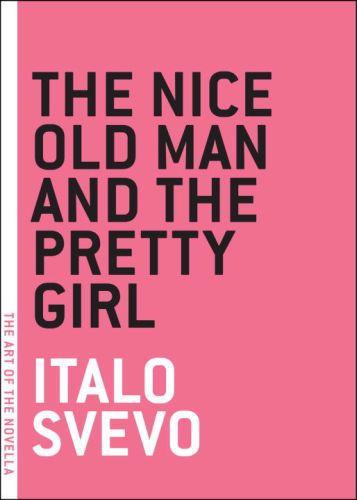 The Nice Old Man and the Pretty Girl

...the sin of an old man is equal to about two sins of a young man.
The fable-like story of an old man's sexual obsession with a young woman is a distillation of Italo Svevo's concerns--attraction of an older man to a younger woman, individual conscience versus social convention, and the cost of sexual desire. This novella is a marvel of psychological insight, following the man's vacillations and tortuous self-justifications to their tragic-comic end. It is presented here in a translation first commissioned and published by Virginia Woolf for her Hogarth Press.
The Art of The Novella Series
Too short to be a novel, too long to be a short story, the novella is generally unrecognized by academics and publishers. Nonetheless, it is a form beloved and practiced by literature's greatest writers. In the Art Of The Novella series, Melville House celebrates this renegade art form and its practitioners with titles that are, in many instances, presented in book form for the first time.
From the Trade Paperback edition.