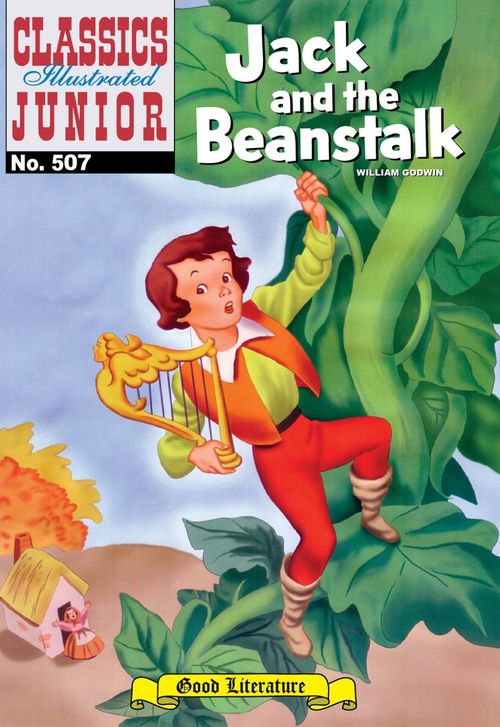 Jack and the Beanstalk

In this beloved tale, Jack can't seem to do anything useful for his poor mother. He can't even conduct an errand as simple as selling their cow; instead, he trades the beast for a handful of beans. Jack watches in amazement as his magic beans grow into a beanstalk that reaches beyond the clouds, elevating Jack to a strange land ruled by a greedy giant. Jack must be clever and brave as he tries to return the giant's stolen treasures to their rightful owner. Can Jack sneak past a hungry giant to rescue the golden harp?Optimized for Kindle devices and featuring Panel Zoom facility. Lovingly created from 1953 to 1969, Classics Illustrated Junior continues to bring joy and wonder to young children through beautifully-illustrated adaptations of the world's most beloved fairy tales and stories by the world's greatest authors.A collection of Classics Illustrated Junior books is a great way to encourage reading and adventure in any young child.