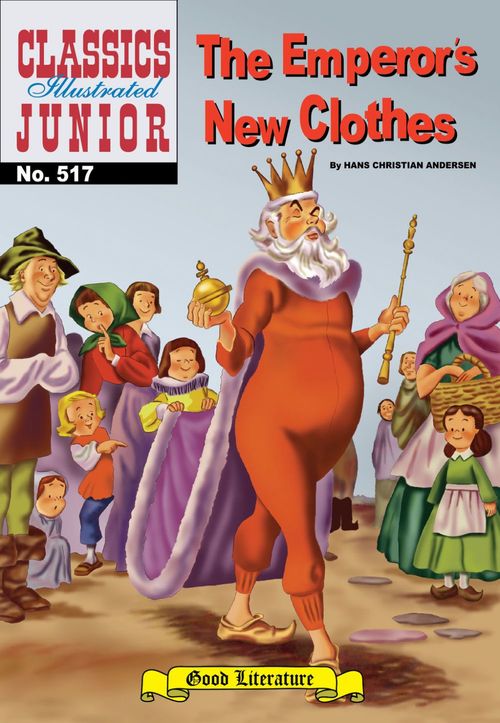 Many years ago  there lived an emperor who was so fond of clothes that he cared about nothing else. In fact, the emperor cared about clothes so much that he had a different costume for every hour of the day! One day the minister of weaving told the emperor that "two of the finest weavers in the whole world" had come to the city. These weavers claimed that they knew how to make the finest cloth imaginable; a material with the amazing property to be invisible to anyone who was unwise or unfit for their job. "It would be wonderful to have clothes made from that cloth!" thought the emperor. "Then I would know which of my men are unfit for their positions, and I'd also be able to tell clever people from unwise ones." The Emperor immediately gave the two swindlers a great sum of money to weave their cloth for him.  What will happen when the Emperor parades through town in his new clothes?Optimized for Kindle devices and featuring Panel Zoom facility. Lovingly created from 1953 to 1969, Classics Illustrated Junior continues to bring joy and wonder to young children through beautifully-illustrated adaptations of the world's most beloved fairy tales and stories by the world's greatest authors.A collection of Classics Illustrated Junior books is a great way to encourage reading and adventure in any young child.