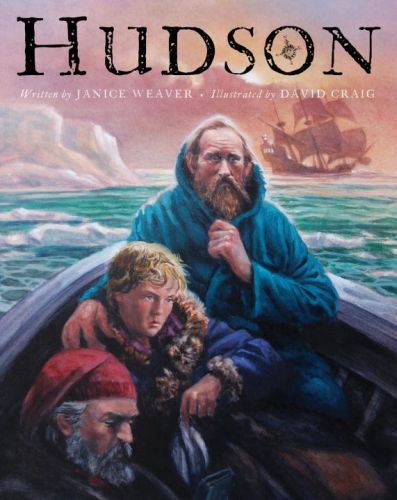 History has not been kind to Henry Hudson. He's been dismissed as a short-tempered man who played favorites with his crew and had an unstoppable ambition and tenacity. Although he gave his name to a mighty river, an important strait, and a huge bay, today he is remembered more for the mutiny that took his life. The grandson of a trader, Hudson sailed under both British and Dutch flags, looking for a northern route to China. Although none of his voyages led to the discovery of a northwest passage, he did explore what is now Hudson's Bay and what is now New York City.
Whatever his personal shortcomings, to sail through dangerous, ice-filled waters with only a small crew in a rickety old boat, he must have been someone of rare courage and vision. In Hudson, Janice Weaver has created a compelling portrait of a man who should be remembered not for his tragic end, but for the way he advanced our understanding of the world.
From the Hardcover edition.