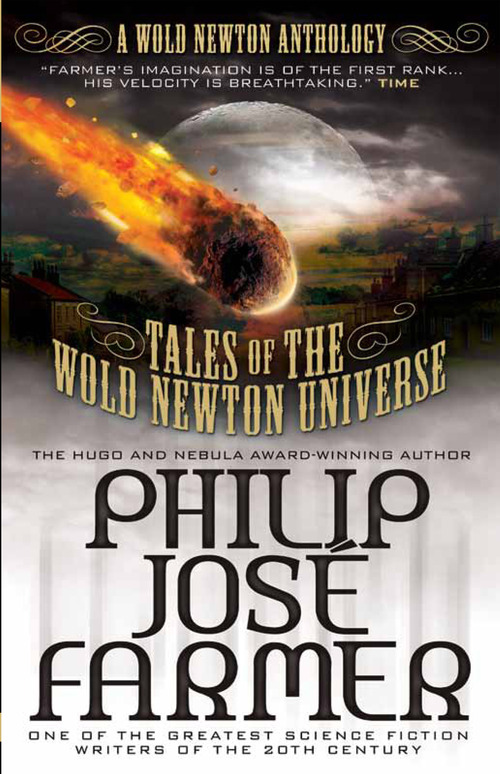 Tales of The Wold Newton Universe

An Extraordinary Stone On December 13, 1795, a meteorite plunged to Earth, landing near the sleepy Yorkshire village of Wold Newton. As the star fell, seven couples passed by the English hamlet, unaware of the effect this cosmic event would have on their lives. Sherlock Holmes and the Jungle Lord himself are just two of their descendants, endowed with exceptional abilities as a result of the strike, but the meteor's effects reach far and wide, encompassing a whole village of notable heroes and villains. Ten short stories written, edited or inspired by Philip José Farmer, with introductions by Win Scott Eckert and Christopher Paul Carey. Praise for Philip José Farmer «If only a few of our modern writers were as brilliant as Philip José Farmer, then I think the world of culture would be a much better place." Alan Moore «No story too big for him to write, no character too obscure for him to incorporate, no universe too distant for him to explore." Harlan Ellison