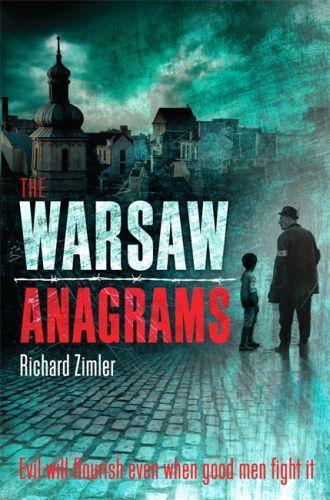 Autumn 1940. The Nazis seal 400,000 Jews inside a small area of the Polish capital, creating an urban island cut off from the outside world. Erik Cohen, an elderly psychiatrist, is forced to move into a tiny apartment with his niece and his beloved nine-year-old nephew, Adam.One bitterly cold winter's day, Adam goes missing. The next morning, his body is discovered in the barbed wire surrounding the ghetto. The boy's leg has been cut off, and a tiny piece of string has been left in his mouth.Soon, another body turns up - this time a girl's, and one of her hands has been taken. Evidence begins to point to a Jewish traitor luring children to their death...In this profoundly moving and darkly atmospheric historical thriller, the reader is taken into the most forbidden corners of Nazi-occupied Warsaw - as well as into the most heroic places of the heart.Praise for Richard Zimler:'A riveting literary murder mystery, [The Last Kabbalist of Lisbon] is also a harrowing picture of the persecution of 16th-century Jews and, in passing, an atmospheric introduction to the hermetic Jewish tradition of the Kabbalah.' Independent on Sunday 'Zimler [is] a present-day scholar and writer of remarkable erudition and compelling imagination, an American Umberto Eco.' Spectator'Zimler has this spark of genius, which critics can't explain but readers recognise, and which every novelist desires but few achieve.' Independent 'Zimler is an honest, powerful writer.' Guardian