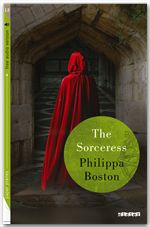 Oxford, 1583. A local woman is found murdered not far from the city walls. At the same time, a seller of herbal remedies is accused of sorcery and faces execution. The two dramas do not seem to be connected, until the young lady Maude Mansfield and her friend Harry Hopetoun begin to investigate...In this sequel to the charming The Fortunes of John de Courcy, all the characters return for a new, equally enjoyable adventure.