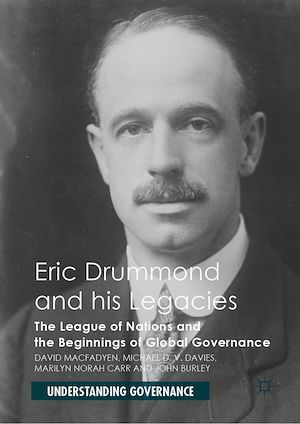 Eric Drummond and his Legacies

This book shows how the first institution of global governance was conceived and operated. It provides a new assessment of its architect, Eric Drummond, the first Secretary-General of the League of Nations, appointed a century ago. The authors conclude that he stands in the front rank of the 12 men who have occupied the post of Secretary-General of the League or its successor, the UN. Part 1 describes his character and leadership. His influence in shaping the International Civil Service, the `beating heart' of the League, is the subject of Part 2, which also shows how the young staff he appointed responded with imagination and creativity to the political, economic and social problems that followed World War I. Part 3 shows the influence of these early origins on today's global organizations and the large scale absorption of League policies, programmes, practices and staff into the UN and its Specialized Agencies.