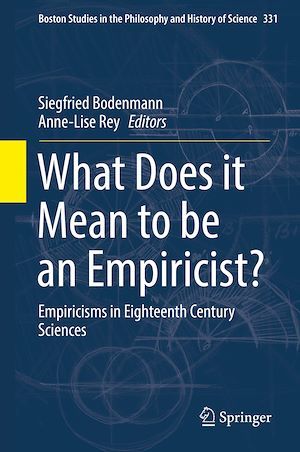 What Does it Mean to be an Empiricist?

This book begins with an observation: At the time when empiricism arose and slowly established itself, the word itself had not yet been coined. Hence the central question of this volume: What does it mean to conduct empirical science in early modern Europe? How can we catch the elusive figure of the empiricist?Our answer focuses on the practices established by representative scholars. This approach allows us to demonstrate two things. First, that empiricism is not a monolith but exists in a plurality of forms. Today's understanding of the empirical sciences was gradually shaped by the exchanges among scholars combining different traditions, world views and experimental settings. Second, the long proclaimed antagonism between empiricism and rationalism is not the whole story. Our case studies show that a very fruitful exchange between both systems of thought occurred. It is a story of integration, appropriation and transformation more than one of mere opposition. We asked twelve authors to explore these fascinating new facets of empiricisms. The plurality of their voices mirrors the multiple faces of the concept itself. Every contribution can be understood as a piece of a much larger puzzle. Together, they help us better understand the emergence of empiricism and the inventiveness of the scientific enterprise.